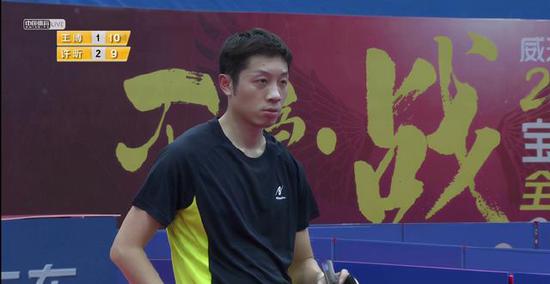 The biggest upset on the first day of the championship is undoubtedly that the super strong team Shanghai was defeated by the Heilongjiang team without a country hand. Xu Xin first won 2 games and then lost 3 games in a row. It was even more surprising. Considering that his opponent Wang Bo often mixes in the amateur arena, this upset is even more unusual.

However, compared with losing, the comments of netizens may make Xu Xin more heartbroken. The sentence that irritated him the most was definitely this sentence: Wang Bo participated in the Olympic singles, have you Xu Xin participated in it? Since he has never participated, losing to other Olympic singles players is not ashamed. Hey, this is really called which pot is not opened and which pot is to be lifted. When you see the wound, you will sprinkle salt. . .

Ke Wang Bo did participate in the Olympic singles. It was in Rio 4 years ago. Wang Bo reached the third round of the men's singles and was finally defeated by Zhang Jike. Losing to the Tibetan Mastiff and winning 2 consecutive games before, Wang Bo was really unambiguous.

Of course, it is also undeniable that although Wang Bo from Hebei is definitely a genuine professional player, he is 2 years older than Xu Xin. He has actually entered a semi-retired state in the past few years. He is just killing all sides in the amateur arena.

can't help but feel sorry for Xu Xin. Is it true that this life has no relationship with the Olympic men's singles? 12 years of P card, 16 years of team, Tokyo should have gone a step further and reported for singles, but because Ma Long and Fan Zhendong are in front, this possibility is really unlikely.

Compared with the straight seniors, Liu Guoliang is the Grand Slam, Ma Lin is the Olympic singles champion, Wang Hao is also a Sanlianya, Xu Xin's tragedy seems to be more prominent. I can only sigh. . .